Expanding further has always only been a matter of time. After our launch in France this summer, the next big milestone now comes: Logsta goes to Asia, starting with Malaysia!

The Southeast Asian country is perfectly suited as a location for the expansion of our global logistics network. Its central location in the South China Sea offers an effective interface to many important industrial and export markets such as China, India or Australia. In addition, the "Strait of Malacca" runs along the Malay Peninsula, which is one of the busiest waterways in the world. About 25% of all goods transported by ship pass through this strait. For centuries, it has been considered an important junction in international trade and, together with the Suez Canal, forms the shortest connection to Europe, the Middle East, and across the Indian Ocean to China. It is not without reason that it is considered the main economic artery of the Indo-Pacific region.

In addition, the Southeast Asian market with its nearly 600 million inhabitants holds enormous potential in the e-commerce sector. It has been the fastest-growing region in online commerce for years, which has naturally prompted all Internet giants, above all Chinese corporations such as Alibaba, Tencent and JD.com, to invest more and more in the expansion of this area on a large scale. Forecasts by Singapore's sovereign wealth fund Temasek alone, in collaboration with Google, estimate that spending on online advertising will rise from €4.7 billion in 2015 to a projected €75 billion in 2025!

With increasing urbanization and wider access to technologies such as the internet, smartphones, and digital payments, the number of connected users across Southeast Asia grew by 40 million people in 2020 (compared to an 11% increase over 2019). The gross merchandise value of the e-commerce industry in Southeast Asia was $62 billion in 2020, and is estimated to grow to over $170 billion in 2025. The coronavirus pandemic is additionally fueling the trend from brick-and-mortar retail to online platforms. This trend can be seen in other countries, some of which border directly with Malaysia, such as Thailand and Singapore, as well as the Philippines, Vietnam, Myanmar and Taiwan. All these emerging markets together hold great development potential for online retailers worldwide and consequently for logistics companies and freight forwarders.

Singapore is particularly worthy of mention here. The city state south of Malaysia has established itself as a global financial center and important access point to the entire region. The open economic hub creates numerous investment opportunities and especially promotes smaller as well as highly technical companies that want to gain a foothold in the Southeast Asian region.

Our new fulfillment center in Malaysia will therefore be the optimal hub for an already established and growing logistics company such as Logsta. With our own on-site warehouse, we will provide all our partners with direct access to the Asian market, further improving the efficiency of the logistics chain between China, India and any other country we may serve!

However, the economic opportunities are only one aspect why we are pushing our expansion especially in Malaysia. A major factor in our decision is the diverse culture and nature of the country. Since our inception in 2017, we have been striving to break down boundaries and provide affordable logistics to businesses of all sizes. We accomplish this primarily through the many prospects of our international team, who work every day to break the status quo of the logistics industry.

It is precisely this diversity that we see particularly well in Malaysia. The country and its people combine tradition and modernity like no other, shaped by Chinese, European and Indian influences. This intercultural atmosphere is reflected in the rapid rise of Malaysia and its capital Kuala Lumpur, and it becoming a major business metropolis - with its probably most famous landmark, the 452m-high Petronas Twin Towers.

Logsta can't wait to finally be there, to get to know the culture of the Malays better, and to take off together with full throttle in Asia!

“History and historical facts of Malaysia” 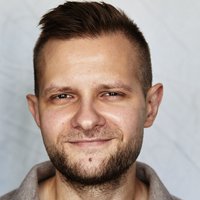 More posts by this author